To: the Minister of Housing Eoghan Murphy

Get 10% of promised SDZ houses in Dublin at Affordable prices 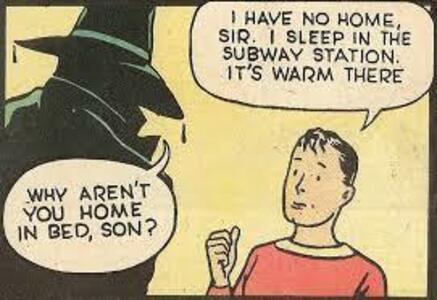 No more development cranes in the Docklands until the Community get long-time promised 10% affordable homes. While the developers received fast planning and public funds, we want to be able to buy a house in our Community.

Grand Canal Docks SDZ Affordable housing project in jeopardy
Part 5 social housing delivery will not be delivered on site and possibly not within the Dockland SDZ or greater Dockland area. The North Lotts and Grand Canal Dock SDZ planning scheme envisaged a model of sustainable inner-city regeneration incorporating socially inclusive urban neighbourhoods and by not delivering social housing on site or within the SDZ the spirit and the promise of the Docklands SDZ Scheme has been broken.

“We have seen a lot of cranes in the Docklands but not a lot of homes. Particularly affordable homes.”

‘Affordable’ housing means different things in different places, Minister for Housing Eoghan Murphy says. Private developers must deliver affordable homes on lands benefitting from public funds. He added: “Affordable needs to mean affordable.”
Economic recovery, and with it rising apartment costs, has had an impact upon “Part Vs”, to the legal rule that means developers have to sell 10 percent of homes in larger developments to the council for affordable housing, or make some equivalent arrangement.
Part V: New developments are required to provide up to 10% of units (or equivalent land) for social housing to councils at ‘cost’. However, this has not resulted in any confirmed new social housing units in the SDZ (awaiting update from DCC), and to our knowledge none of the planned 2600 new residential units in the area are currently designated as social housing. Recently, DCC councillors have been informed that the costs of purchasing units in the Docklands area “well exceed the DPHCLG cost ceilings and are not deemed value for money”. Therefore, the City Council has determined that off-site provision (albeit in the ‘entire Docklands area’) be considered to comply with Part V.

As a result, the local community has “lost out”, while developers in the Docklands are making an absolute fortune out of this site. Subsidised sites would always deliver affordable housing. Where significant public money is being brought to open up a site, affordability will have to be part of the negotiations.

The North Lotts and Grand Canal Dock SDZ was made by the Elected Members of Dublin City Council in November 2013 and approved by An Bord Pleanála on the 16th May 2014 and will provide for 2,600 residential units and up to 360,000 sq. metres of office space, as well as retail, community and public amenity facilities which will create 23,000 jobs.

If the SDZ were delivered under the proposed schemes, there would be 260 units available for the households eligible for these units. Funding is a major issue in relation to those social units. The theory is that DCC would acquire units at cost, rather than at market value. If 260 units were made available to DCC at an average cost of say €500,000, the total cost would be €130m. Can DCC realistically source funding of €130m from the DoHPLG?.
The system as currently implemented appears to leave the balance of power with developers.

Source: https://www.dublincity.ie/councilmeetings/documents/s21553/320%20DOCF%20Annual%20Report%202018.pdf
Dublin City Council has said it prefers to take social housing on site, within the same complexes and estates as the private homes. But it is being priced out of the Docklands SDZ area, unable to purchase the homes on offer in new complexes there.
In April, Executive Housing Manager Anthony Flynn said the council was talking to five developers about other options for how to get that Part V social housing.
When councillors get updates about the Docklands, council planners often brush off queries relating to housing provision, Workers’ Party Councillor Eilís Ryan says. When they “are pushed on housing they don’t actually claim any responsibility for it”, Ryan says.
Strategic Development Zone (SDZ) where a fast-track planning process allows developers to get planning consent within two months of application.
Under the planning laws, Developer is required to provide 10 per cent of the apartments for sale to the council for social housing at a discounted price, if it secures planning permission. Changes made in 2015 mean councils can no longer take cash from the developer instead of social housing.

Back in 2010 Mr Ahern said: “The fact that the Grand Canal Docks would be primarily used for housing met Government policy objectives to increase residential densities and provide social housing. Well done to the DDDA in the way social and affordable housing are an integral part of the plans.
The Taoiseach also commended the authority for its commitment to a public procurement process in seeking joint-venture partners from the private sector, and said he was pleased it would be using its Section 25 powers to "fast-track" the development.”

Progress to date
The recent 2017 Review of the 2015 Dublin Docklands Social Infrastructure Audit 20151 very disappointingly demonstrates that in the past 3 years there has been little real progress on any of the social infrastructure recommended in the 2015 report.
This situation, in the view of the Committee, is unacceptable and continues to fail to address Community needs. Instead large-scale office developments, and exclusive, gated residences have been progressed by commercial developers and have led to an environment that is not inviting to local residents. The Docklands Community requires that social infrastructure be prioritised immediately in order to maximise the sustainability and integration of the indigenous and new communities in the Docklands.