Save ALL Magdalene historic sites. 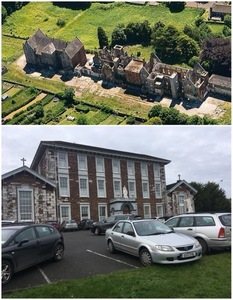 All Magdalene historic laundries sites named under the mcayleese report should ALL be protected although they are owned & being sold by the church! They all need to be protected!

Their assets should have already be seized! Instead they selling off these laundries to development companies. The church still own mass grave sites and it’s making the processes difficult for the families who seek to exhume their loved one. They need to take ownership of all Magdalene related sites.

This motion has four points for your consideration:

Historical:
From a historical aspect throughout Europe the atrocities of the past have been recognised, remembered and documented so that historians, academics and sociologists could study the how and the why,
To move to the future and to learn from the past.

Collective memory:
For those of you who do not know, our records pertaining to the abuse endured in the institutions, have been sealed for up to eighty years.
By illustrating a collective memory through a museum that interacts with the public be it students, teacher’s, professors or general public. This part of Irish history and the relationship between church and state and the affects on survivors will not become hearsay or an urban legend .The survivors who will be long gone will be long remembered.

Heritage:
This country and its people have inherited through church and state policy a legacy of institutional abuse, to those who had the misfortune of being incarcerated within the system. For the healing and closure to begin it has to be recognised through accessible archives and education and active recognition.

Sociological:
The impact that the church and state policies had, has caused decades of social division. It has created a concept yet to be studied, addressed and, or recognised within sociology .

The study of the family in sociological terms would be invariably enriched if accessible archives collective memory, ie; living testimony and all historical data were to be readily and easily available.

The reasoning for bringing this motion forward for your attention is as follows:

For the betterment of social knowledge and acceptance of past atrocities committed by church and state. It would aid in the healing of survivors and shine a light on a history that should be told and never to be repeated. None of the institutions should be sold to private investors.

Each place could become a source of revenue as they could not alone inform society by their existence, they could be brought back to their original state and have touch screens in each room with living testimonials from survivors on day to day life within the institutions. Example the woman’s jail here in Cork.

I call a question.

What is the legacy of this country with regards the institutional abuse?

What will your legacy be concerning this issue?

Will you stand with survivors by remembering them or will you enable the Catholic church all over again?

Credit to Catherine Coffey for writing the call to question.

The Magdalene laundries already brought by development companies, should be brought out by the state, so they can maintain the history, instead of cover it up further.

Recently Sean mc Dermot street Magdalene laundry, Dublin, was protected from being sold to a hotel because it was the only institution within state ownership.

All Magdalene laundries currently named in the mcayleese report should be protected and that should have already been the plan, just like the graves that lay on some of these sites.

Sunday wells, cork Magdalene laundry had been sold by the church and they plan to build housing on it.

The same is currently happening to st Vincent’s Magdalene laundry, cork. It was rumoured to be given to another housing development company.

The church who own many of the buildings of these institutions, although clearly just as responsible for the treatment of these women had contributed nothing to the scheme for this women that paid out for just their wages (which was capped at 10 years by the government meaning those who worked longer gets the same as someone who worked there less time) and a tip of a medical card. The government foot the whole bill, rather than a 50/50 deal like what was made for the Ryan report (which they still haven’t completed paying) their assets should have already been stripped from them to compensate these women and children but now the church they are acting quick and selling the laundries, for profit or to cover up further.

These places shouldn’t be touched until a full investigation happens and a small gesture to the survivors & their families would be to give these places back to the community. The mcayleese didn’t even hit the tip of the iceberg in regards to the laundries, nor did it address all the crimes in relation to the laundries, they took so much but refuse to give so little back.

The laundries still standing should be places of historic importance and not built upon to cover their shame or for what ever other reason. They shouldn’t have been allowed to be sold In the first place!

St Vincent’s Magdalene laundry, (now named st Vincent’s Centre for those with “intellectual disabilities”) it is a fully functioning building, in fantastic condition and only recently they built and new Covent for the nuns on the land, why would you get rid of something that is so Newley built and in good condition?

Although the last laundry closed in 1996, they kept the women on the same land in st Vincent’s, in the same dorms, just closed down the laundry part and it was run by the same people the sisters of charity right up to 2017, then when standards fell so low HSE took over and had a month to up standards, they failed the centre which was now named a centre for “intellectual disabilities” and failed the Magdalene women still in their care in that centre, those who was made to remain in the sisters of charity’s care even after the church refused to accept any responsibility to the Magdalene women’s scheme. The tax payer foot the whole bill for the women’s wages and medical card as the church felt they did nothing wrong regardless of the extensive evidence.

We now need to protect all Magdalene laundries sites still standing named in the Mcayleese report. My nan died in st Vincent’s Magdalene laundry after they neglected her to death which we have the prove regarding, a doctor recommended a hysterectomy but they left her for over a decade due to the churches believes regarding being sterilised, during that time she developed cancer to the womb and bled to death, they dumped her in a mass grave where 72 women lay.

Since 2013 we have been trying to exhume my nan from the mass grave after the apology was just issued to the living working residences (not even minutes was issued for the dead women) the children residents and the children of these women who died due to proven neglect and put into a mass grave wasn’t acknowledged and my mum sat in the Dàil the night they issued it heart broken for years she had been fighting to see her mothers, hers and her sisters form of justice in regards to the laundries and the fight continues.

My mums sister was in sunday wells, when she left the laundry she left to Liverpool, she came back to cork but to try visit her mother who was in another Magdalene laundry, st Vincent’s, they left her outside and she never got to see her mum that day, she flew back to Liverpool and that coming Christmas Day & she committed suicide, when she was found she was found with the address of her mothers laundry on her, the authorities called the laundry her mother was in to inform her regarding what happend

My nan and her children was all separated and taken due to prejudice against unmarried women but what stands out clearly in my mothers and nans reports, is that it wasn’t just due to one that prejudice of being unmarried but two, the prejudice towards those who was itinerant (irish Travellers) although reports stated my nan was a good mum and all the children was “well nourished” no stated bruises but what they did state and care for is regarding her living circumstances and being of “no fixed adobe” of the “itinerant stock” and in the 1960s a commission took place stating that very itinerant children will be taken from their families and institutionalised. Simply put, they was attempting to socially cleansing the community by using institutions and breaking up families.

After the exclusive apology from the state was issued in 2013, are family requested right to removal and have been ignored by those who own the land, the sister of charity. We cannot exhume my nan without their permission, (which should be a right to survivors like my mum they do so for people just moving house) after the order first ignored us in 2013 we applied to the council and in their response in 2014, they stated although we stated we already asked the orders permission, we need their permission before taking it any further as they are owner of the site.

Everyone that signs this petition, it’s so greatly appreciated, thank you all.