To: Minister for Agriculture Charlie McConologue and Irish MEPs

Ban the use of toxic weed killer Glyphosate 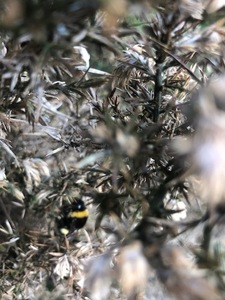 Ban the use of Glyphosate, the main ingredient in Roundup, that is poisonous to humans, wildlife and the environment. Don’t renew the licence when it comes up for renewal in the EU in July 2023.

Glyphosate the main ingredient in Roundup is poisonous to humans, wildlife and the environment. Studies recently found that this toxic weedkiller is in most people's bodies [1].

It is being sprayed on roadsides, paths, in housing estates close to where people live. Ireland has the second highest levels of glyphosate in surface water in the EU whilst other countries are banning it.

In 2015 the World Health Organisation concluded that the pesticide was 'probably carcinogenic to humans' and again, [2] Despite this many local councils still use it and it is still being sold on shop shelves as Round Up.

The EU re-approved the use of glyphosate in 2017 however, in the last few years it has been banned by countries including France, Germany, Sri Lanka, El Salvador, the Netherlands, Argentina, Columbia, Peru and Mexico.

The EU licence renewal was due to happen this July 2022 but it's been pushed down the road again until July 2023. Big lobby’s already swooping in to convince politicians to vote to continue its use, ignoring the devastating effect it has on our biodiversity, water and our health.[3]

Sign the petition to join the campaign so we can ban Glyphosate once and for all.