To: The Taoiseach, Cork City Council 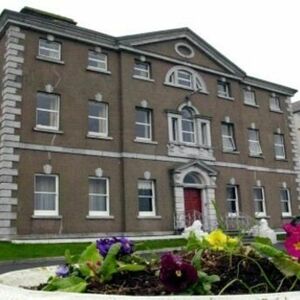 Bessborough mother & baby home is constantly being targeted by developers even after the Mother & Baby Home commission’s final report, which stated, it was “highly likely” that burials did take place in the grounds of Bessborough, which opened as a mother and baby home in 1922. But the commission said that the only way it could be established that infant burials definitely took place in the once 200-acre estate was by an excavation of the entire property, including in areas that have since been built upon.

Cork council previously publicly stated in the media it will protect a section of bessboro being a section on a map deemed “childrens burial ground” however 8 test trench’s on the site conducted in 2019 showed that the labelled “children burial ground” contained no remains, so currently a area containing no remains are being protected.

While a developer company who has now launched fresh applications for bessboro & who claim to have consulted with a group who’s concern is also what was labelled “the children burial ground” on a 1950 map & who have now welcomed housing on a part of bessboro land that investigations also found to contain no remains like the labelled children burial ground section however that section with no remains has protection, while many survivors & relatives of missing relatives who had not been consulted feel the whole land need to be protected and shouldn’t be touched before a extensive investigation is carried out on the site deemed to be a crime scene to determine where the remains of the children truly are.

Recently a poets house in Cork was given a preservation order, when the folly on bessboro land was given protection, the whole of bessboro should have been given the same protection for not only historic reasoning but also emotional reasons and basic respect for our dead who was once not afford any form of such.

No one no matter who you are should be allowed to tamper with evidence before any form of proper extensive legal investigation is carried out on such sites deemed crime scenes & If they continue to refuse to do such the least we can do in the meantime is protect and preserve the whole of the land of bessboro.

Please help us to protect bessboro’s land deemed to be a crime scene, let’s ensure we see proper investigations on behalf of our missing & dead.

If you agree that bessboro mother & baby home grounds in cork deserve to be respected & protected from any form of development please support this petition to show this is not what is truly wanted, thank you #keepyourhandsoffbessboro

It’s very important to ensure that such crimes on humanity & sites deemed to be crime scenes is properly investigated and while such is dragged out by the Irish government, the least we can do is protect & preserve the whole of the land respectfully until it’s investigated in the manner it legally should be.