To: Minister for Health Stephen Donnelly

The National Maternity Hospital Must Be 100% Publicly Owned 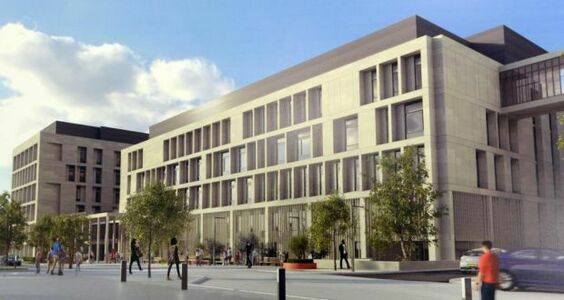 Repealing the 8th Amendment was only half the battle. Without ready access to abortion and other services, REPEAL will mean little. With the new maternity hospital costing the state at least €350 million and set to be built on land owned by the sisters of charity and run by a board appointed by them, this access will be compromised.
Despite its name, the National Maternity Hospital is a private Catholic corporation. The hospital recently agreed to be taken over by a private company owned by the Sisters of Charity, St Vincent's Healthcare Group (SVHG), which manages the nuns' three hospitals.

The National Maternity Hospital is now slated to get a new facility built by the government on land owned by the nuns. This new build will cost an estimated €350m.

Contrary to what the Minister for Health has repeatedly claimed, the State will not own the new hospital. All the government will own are the bricks. Current plans will see the maternity hospital governed by the SVHG, and owned by a new private Catholic company to be set up by SVHG.

The Minister claims the new hospital will be free of religious influence. Such claims ring hollow. With private ownership come legal powers and privileges. Private hospitals cannot be forced to provide services that conflict with their ethos. They cannot even be compelled to submit to independent inquiries into patient safety, as a High Court case taken by the same National Maternity Hospital against the Minister shows. The hospital recently won its case, blocking a HIQA inquiry following the death of a 34 year old woman during surgery at the hospital.

The inaugural public meeting of the Campaign Against Church Ownership of Women's Healthcare on Saturday 20th October 2018 unanimously adopted the following Declaration, namely that:
* the National Maternity Hospital be taken into public ownership as a condition of public funding;
* the €350m earmarked for the new build be conditional on the change of ownership;
* the new maternity hospital be governed by a new, secular charter fit for the 21st century;

We are looking to groups that work on behalf of women and all genders, binary and non binary, that are impacted by issues that may traditionally be considered women's healthcare- organisations, students, trade unions, political parties, and others to endorse this Declaration and demand its immediate implementation.

Help make the National Maternity Hospital ours, by joining our campaign. Urgent action is needed now: the Minister hopes to sign off on the first works in connection with the new build before the end of this year. Please sign our petition.

This petition was created by the Campaign Against Church Ownership of Women’s Healthcare.