To: Minister for Transport, Eamon Ryan 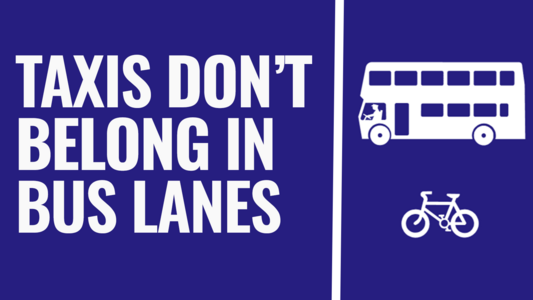 (1) In places where we don't have segregated cycle lanes, cyclists already have to share their lane with buses. There have been countless incidents of taxi drivers driving and behaving dangerously - sometimes even outright aggressively - towards cyclists. Removing taxis from the bus lanes will make cyclists safer.

(2) Taxis are not ecologically sound transport, they often only have a single passenger, and shouldn't be prioritised in our traffic systems. Bus lanes should be empty and free flowing so that green public transport becomes quicker and more attractive to people.