To: Irish Assemblies of God Congregation in Wicklow

Carraig Eden residents will not be evicted! Well done, everyone. 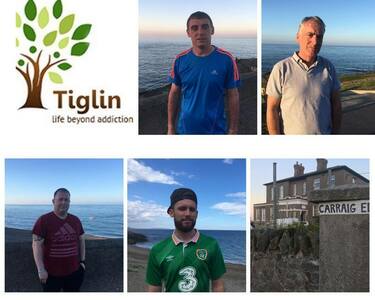 Sell Carrig Eden to Wicklow County Council and Tiglin, so that the current residents aren't made homeless.

The Irish Assemblies of God are selling Carraig Eden, a centre for people recovering from addiction - and the asking price is over €2 million.

But, here's the thing - the promised they would sell it to the group supporting the residents - Tiglin - at only a fraction of this price. By the time Tiglin raised the money - the Irish Assemblies of God had decided to go back on their word and sell the centre for a huge profit instead.

But, once the groups had raised the money and made an offer the Irish Assemblies of God decided to sell it on the private market for over €2 million instead.

Here's what the resident's have to say:

We are a group of past and present residents of Carraig Eden, Greystones writing to you to highlight the situation with Carraig Eden. This building has housed men of all ages, on their last stages of rehabilitation and re-entry to society over the last 10 years. The Greystones community has enabled these men to have support, re-integrate into a safe community and become valued members of this and other town’s. Our residents have become part of this community, becoming involved in the daily life and business of their town. In the last two week’s we have received Eviction notices.

We would like to highlight the course of events and ask for your support in this situation.

Approximately two years ago Tiglin Challenge Rehabilitation Centre in Ashford Co. Wicklow entered into negotiations to buy with the current owners, (IAOG) Irish Assemblies of God, (now Christian Churches Ireland, CCI). Tiglin had to withdraw from the negotiations as the price was increased on a number of occasions and they could not secure the funding. Another Christian endeavour, the “Save Carrig Eden Fund” took over trying to secure funds but unfortunately failed. In the meanwhile, Tiglin was able to secure the funding status they sought through Wicklow County Council and re-entered negotiations in September 2016 with IAOG. The deal was done through Wicklow County Council. As in the case of these complex deals, Wicklow County Council were two week’s late in the drawdown of their funding and IAOG pulled out of the deal. Since this time, it has become apparent that IAOG were offered 3 million from a developer for Carrig Eden. This action is resulting in up to 30 vulnerable men losing their home, we feel ours and those coming after us, hard fought rehabilitation is in jeopardy. We have been taught that if we have a problem, we go to our brother; if our brother does not listen we bring another brother to talk and see if it can be worked out. This is what we are doing, we have formed into a group and wish for our voices to be heard, we are supported by our leaders, churches and many people in the community and we now ask for your support. We are asking IAOG/CCI to come back to the table and honour their agreement with Wicklow County Council and Tiglin. That Carrig Eden continues to equip and strengthen the current and future residents who rely on this housing and its environment.

“Carrig Eden is more than a house, it is a home, it is a family that take care of each other and push their siblings to strive towards their potential”
..
“Without Carrig Eden, I would have been back in the area where all my problems began. Carrig Eden helped me to develop the skills needed to live, like paying rent and being independent.”

“I have come from a life of addiction and homelessness, God saved me, I am on a CE scheme and volunteer with homeless and those in addiction. Please don’t take this opportunity away from me”.

“ I need the people in Carrig Eden to support me and bring me through the next stages of my recovery. My chances of a new life are being destroyed and my dreams to help others like me are being crushed”.

“Going through my addiction recovery has been the hardest thing in my life, but the best because I am now free from my addiction. I need Carraig Eden for its support, I have nowhere to go”.

“I have been able to deflect all the temptations that came my way because of the environment of Carraig Eden. I am living with people here with the same goal’s as me “I have been homeless, couldn’t read or write, I am now in education and getting my life on track. I need Carraig Eden to keep going.

Petition is successful with 2,569 signatures