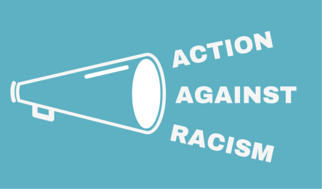 We are Action Against Racism, a group of people from diverse Minority Ethnic backgrounds who are committed to justice, equality and an Ireland where racism and hate have no place. We are working with ENAR Ireland and its allies to fight racism, and to campaign for the introduction of Hate Crime Legislation, within the broader context of a renewed National Action Plan Against Racism.

ENAR Ireland ​is the Irish coordination of the European Network Against Racism which has 120 member groups in 30 countries. ENAR Ireland has over 50 member organisations working together against racism in our country. It runs ​www.iReport.ie, a national independent racist incident reporting system which is fully confidential.

No campaigns have been created yet.